Being one of the most played instruments in the world – second only to the piano – it is no surprise that the guitar has acquired several nicknames over the last few decades, some more peculiar than others.

Of the many nicknames that the instrument has gained, arguably none is more popular than “axe.” But why on earth is it called that?

Aside from the fact that specific guitar shapes resemble axes, a popular theory is that the term originates from jazz musicians in the 1950s. It was supposedly first used for saxophones and eventually most other instruments. There are multiple theories as to why a guitar is called an axe. 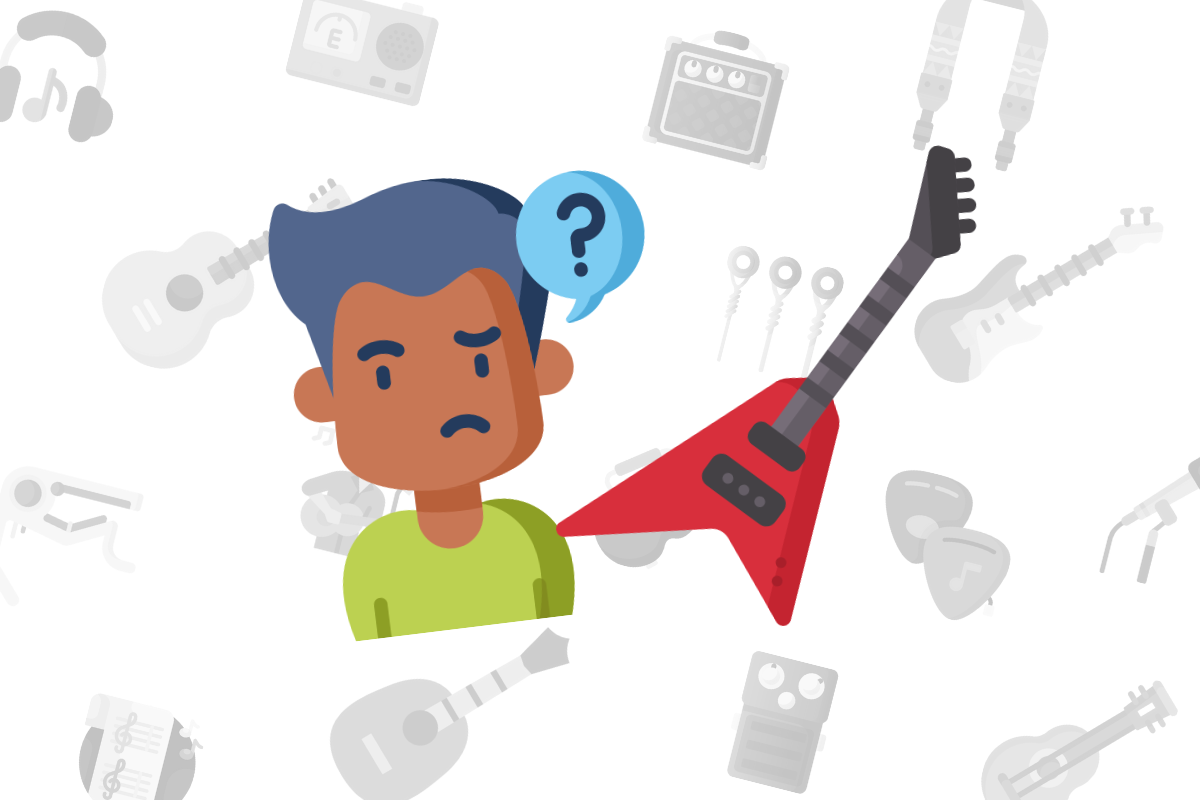 When you first began your journey in the world of guitars, you probably had no idea about the vast number of strange nicknames that the instrument has acquired over the years.

One of those nicknames, namely “axe,” has several backstories regarding its true origin. Let’s dive into the various theories and discover why a guitar is called an axe.

Why Is A Guitar Called An Axe?

Every year, millions of guitars are sold to aspiring musicians of all different ages, styles, and genres.

The guitar has been one of the most popular instruments globally for several decades, thanks to its use on many hit songs and its overall versatility. Over the years, it’s only natural that the guitar has acquired nearly one hundred nicknames.

This nickname for the guitar has been around for decades. However, unlike something simple like a “six-string,” many guitar players have wondered why a guitar is called an axe.

As is common with many slang terms or nicknames, the exact origin of how guitars came to be known as axes cannot be pinned down as fact.

Instead, there are several theories or conspiracies, if you will, that all somewhat form together to help us build a (kind of) solid answer. Whichever one seems most likely to be the axe’s true origin is ultimately for you to decide.

While there are several proposed theories, some of them seem to have very little relevance in being able to create a plausible connection between a guitar and an axe.

So, we have narrowed it down to the most popular theories that provide the most reasonable answer to the origin of how a guitar came to be known as an axe.

Read More: Easy Acoustic Guitar Songs You Should Learn (And How to Play Them)

The Resemblance Between A Guitar And An Axe

Firstly, and arguably the most prominent and logical answer, is that guitars share somewhat of a resemblance with axes.

The long neck of a guitar leading to the shorter yet wider body can unquestionably be compared to the shape and construction of an axe.

This is even more obvious in specific shapes of guitars like the famous Gibson SG, which undoubtedly looks like a medieval axe.

As a fun fact, Gene Simmons, the bassist and co-lead singer of the classic band KISS, even had a bass guitar made for him in the shape of an axe.

No, not a slight resemblance – but of an actual axe! The edgy look undoubtedly suits Gene Simmons’ wild stage persona.

Many musicians do not know that a lot of the slang and general musical jargon that is widely used today is attributed to originating in the 1940s and 1950s through jazz musicians.

Another term that is believed to have originated amongst these jazz musicians is the axe. However, what’s interesting is that the term was not initially used for a guitar. Instead, the term axe was used as a nickname for a saxophone.

While that might not make sense initially, it is the more common nickname for a saxophone “sax” that is believed to have evolved into “axe.”

The term quickly spread to other instruments in the bands and was used as a general term for each musician’s instrument, regardless of whether it was (although drums have never been known to be an axe).

A plausible reason is that an axe is a trade tool for occupations like tree fellers or lumberjacks.

The name caught on for instruments since saxophones – among others – were the tools of the trade for the jazz musicians of the 1940s and 1950s. Plus, if we are honest, the nickname has a very catchy ring.

It is widely believed that from this point onwards, the nickname “axe” grew rapidly in popularity even amongst everyday workplace items, but even more so for the guitar.

Perhaps the guitar’s resemblance to an axe helped the nickname stick with this instrument far more than anything else.

After the famous blues and jazz eras of the 1940s and 1950s, the music seemed to develop even more of an edge to it.

So the age of rock ‘n roll and, eventually, heavy metal made its way into the limelight of popular music. The edgy and somewhat aggressive sound came with an edgy and aggressive attitude amongst famous rock musicians.

Where instruments once seemed to be prized possessions, rock guitarists had a peculiar zeal for smashing their guitars during their shows.

Guitarists like Jimi Hendrix and Pete Townsend (The Who) were amongst the first rock guitarists to smash their instruments on stage, setting somewhat of a trend in the genre.

How is this related, you may be wondering? Well, smashing a guitar has a very similar look to the act of swinging an axe, which is why many think that this habit of rock ‘n roll guitarists contributed to guitars being known as axes.

A Less Likely Yet Funny Theory

Although the previous three answers are undoubtedly the most plausible origins of the guitar’s famous nickname, we thought we would include one more that might be less likely, but certainly is funny.

Yet another term coined by old-time jazz musicians is “chops,” referring to a musician’s skill on the instrument.

Well, in the case of guitars, you need an axe to have chops, right? Although a far less likely answer, it certainly helps us paint a picture of the guitar’s classic nickname.

While we cannot say for sure when and why the guitar was first called an axe, the theories that we have covered certainly seem plausible and undoubtedly help to settle the age-old question of where the famous nickname comes from.

Ultimately, whichever version you choose to believe, make sure to pick up your axe and make some music!