As if learning how to play guitar wasn’t enough of a challenge in itself, learning about guitar maintenance is also somewhat of an art.

If you are new to the guitar world, you are likely still sporting the same strings from when you initially purchased your guitar. If that’s the case, you’re likely to be wondering, “How often should I change my guitar strings?”

Most people would recommend that you change your guitar strings roughly every three to six months. However, while this can be a helpful principle to follow, factors such as how often you play, the kind of strings you use, and the type of climate that you live in can significantly reduce this time. 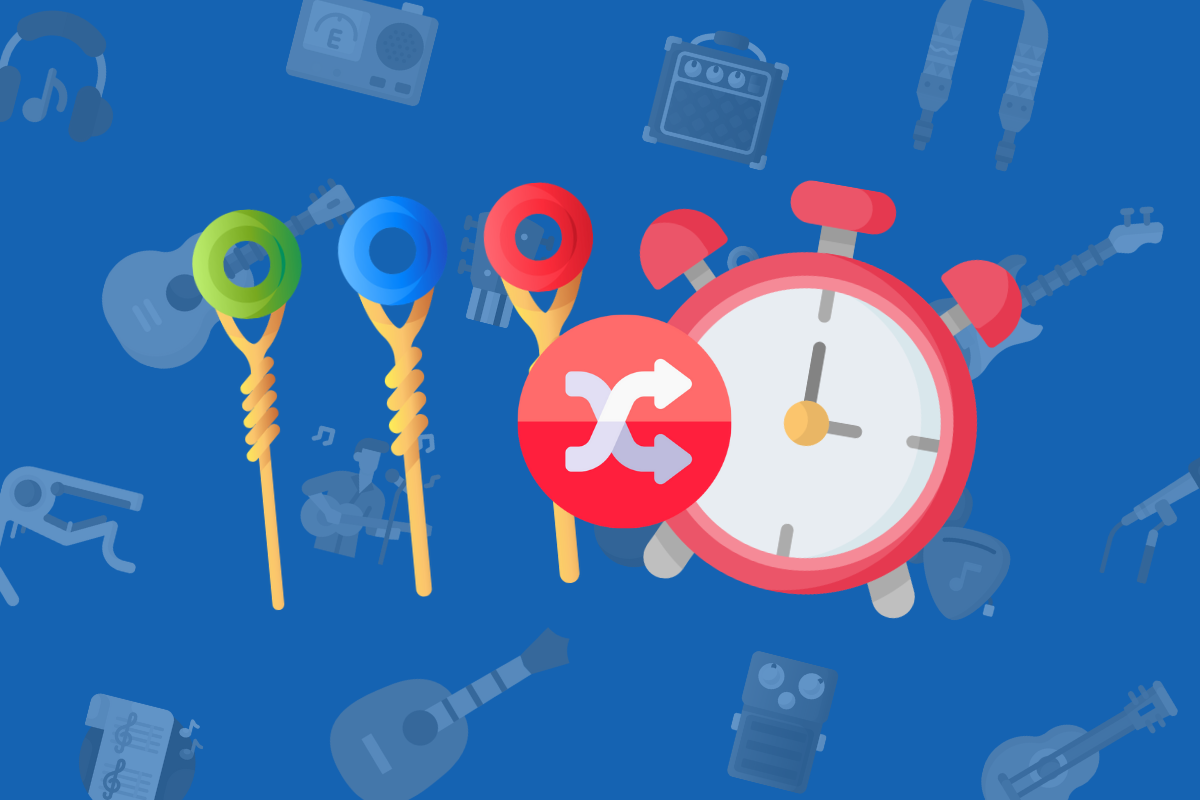 For an inexperienced guitar player, knowing when to change your guitar strings can be somewhat of a daunting subject. While this comes as second nature to more experienced players, beginner players likely won’t know what to look out for.

In this post, you’ll discover how often you need to change your guitar strings, the signs to look out for, and what to do to prolong the lifespan of your current guitar strings.

How Often Should Guitar Strings Be Changed?

A common saying has extended its reach into just about every industry, and that is “if it ain’t broke, don’t fix it.”

While this is undoubtedly true about many things, it is not the case with guitar strings. Unfortunately, guitar strings have a limited life span, meaning that even if they aren’t broken, they will inevitably need to be changed.

For the average guitar player (whether classical guitar, acoustic guitar, or electric guitar) – which would describe those who have taken up guitar as a hobby and play for only a few minutes every other day – you will only need to change your guitar strings roughly every three to six months.

This can vary based on the kind of strings you use and the climate you live in (very humid climates will cause your guitar strings to corrode faster.)

For those who play their guitar more frequently – say anywhere from 30 minutes to roughly 2 hours every day – you’ll need to change your strings sooner than three months.

Approximately every six to eight weeks would be a healthy time frame to change your strings based on this amount of playing. Again, the strings you use and the climate you live in will affect this time frame.

For those utterly obsessed with their guitars and who are playing for more than four hours every day, you will need to budget considerably more money for your guitar strings.

For these kinds of players – likely full-time students or professional musicians – you should look at changing your strings every week to two weeks, or even daily in more extreme cases.

Bass guitars strings will be slightly different. Because the strings on bass guitars are much thicker than acoustic or electric guitars, they typically erode at a much slower rate.

However, while bassists are notorious for hanging onto their strings for as long as possible (as long as a year or more) – primarily thanks to the high price of bass strings – they should still be changed somewhat regularly, though less regularly than acoustic or electric guitars.

Professional players who spend all their time playing bass should change their strings every two to three weeks maximum.

How To Know When You Should Change Your Guitar Strings?

As previously mentioned, other factors are involved concerning the frequency of changing strings.

The time frame serves as a safe estimate of when it is likely time to change your strings, but there are a few things to look out and listen for to make this more accurate to your experience.

Here are four things to watch and listen for to know when to change your guitar strings.

The Sound Or Tone Of The Guitar

As previously mentioned, guitar strings have a limited lifespan. Even if your strings haven’t yet snapped, that does not mean that it isn’t time to change them.

Since the guitar is a musical instrument, its most vital component is its sound. The older the strings get, the more the guitar’s sound will begin to deteriorate, resulting in a dull and lifeless tone.

Because this happens gradually and not all at once, it is normal for our ears to essentially “climatize” to the deterioration of the sound – at least up until a certain point.

This makes familiarizing yourself with the crisp, vibrant sound of new strings essential. That way, you will quickly notice when your guitar isn’t sounding as good as it should be.

The Feel Of The Strings

The feeling of fresh strings is unmistakable and undoubtedly brings joy and inspiration to every guitar player.

Again, as time goes by, dirt and grime will begin to build up on the strings, causing them to feel somewhat sticky and uncomfortable to play.

This is an excellent indication that your strings have passed their expiration date, and it is time to change them.

The next thing that you must watch out for is any rusting or corrosion that occurs on your strings. This is an entirely normal part of aging guitar strings but there are things you can do to keep guitar strings from rusting.

Aside from exposure to the environment, playing your guitar contributes to the corrosion of the strings. The sweat and oil from our hands naturally corrode the steel (or nylon in the case of classical guitars).

Ultimately, what you are looking for is discoloration in the strings. New strings are silver and shiny and overall look amazing.

Lastly, something to watch out for while you are playing your guitar is tuning issues. It is normal for old strings to lose their tuning stability.

While there can, of course, be other factors at play causing tuning issues, old strings are a common cause. As they age, they lose their tension, so you will notice that you need to tune more frequently when playing.

Don’t blame your guitar tuner – this undoubtedly means that it is time to get some new guitar strings.

How To Prolong The Life Of Your Guitar Strings

Don’t worry! There are a handful of things that you can do to prolong the life of your guitar strings and ultimately prolong your next purchase of guitar strings.

Firstly, consider using a different type of string that you would normally use. Coated strings prevent strings from rusting and corroding as fast as standard strings.

So, although they are typically more expensive, you will be saving money in the long run by not needing to change your strings as regularly. Brands like Elixir and D’Addario make fantastic coated strings.

Wipe Your Strings After Playing

This will help to remove the sweat and oils from your hands and any excess dirt that may have accumulated on the strings while you were playing.

Again, this will ultimately slow down the string’s rate of corrosion and help to keep them fresher for longer.

All in all, the more familiar you become with your guitar, the easier it will be to know when it is time to change your strings.

However, knowing what to look out for and having a general time frame to follow will undoubtedly give you a lot more confidence when it comes to maintaining your guitar. That way, it will always sound great and keep you inspired.