Guitars are among the most popular and most widely played instruments in the world. This instrument is iconic and wonderfully versatile, but it has one major drawback: the strings.

Guitar strings break, they lose tone, they must be replaced very regularly, and good quality strings are very expensive. Guitar strings do not last forever, but if you need to, is it possible to reuse guitar strings?

You can reuse guitar strings, but they are likely to break quickly, and will not sound as good as fresh strings. Used strings do not have a good tone, and they are not resilient enough to withstand tension for a long time. Only reuse strings if you have to, and replace them as soon as possible. 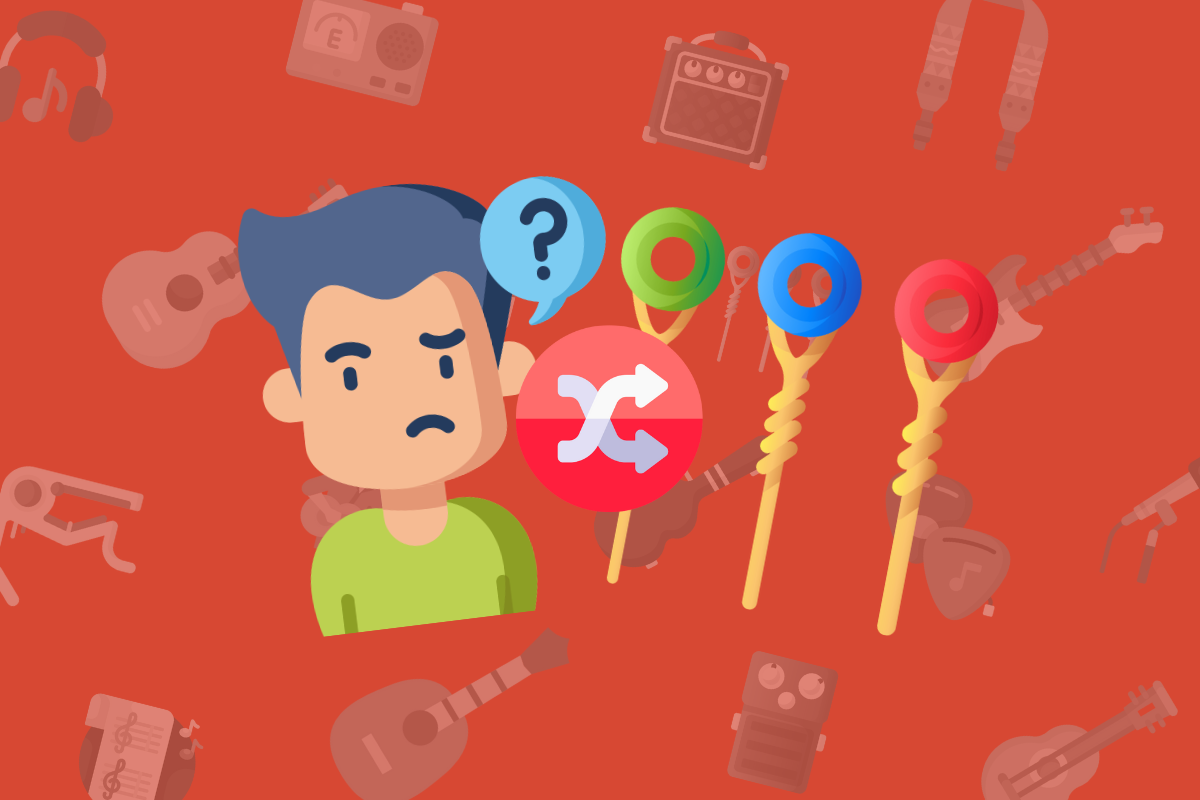 Every guitarist knows the pain of having to replace guitar strings regularly. However, replacing strings that have become old is one thing and replacing a broken string is another.

A common problem among guitarists is breaking a new string and not having a replacement on-hand. Can you reuse an old string? Can you reuse an entire set of strings if you need to? Let’s find out!

Can Guitar Strings Be Reused?

Every guitar player has been in these situations:

In these situations, every guitarist has wondered if it is possible to reuse guitar strings. Well, the answer here is that it is technically possible, but it should not be your first option.

Read More: Why is a Guitar Called an Axe?

Reusing guitar strings will make your guitar playable without leaving any gaps in the set, but they are not ideal replacements for a fresh set of strings.

If you know how to do it, an old string or even a used set of strings can be installed onto a guitar so long as the strings are compatible with that particular type of guitar.

There are certain circumstances when reusing strings is unavoidable, and reusing one string from a set may be a good solution to an otherwise unsolvable problem.

If you find yourself with one broken string and there are no other replacements other than a used string, then placing the old string on your guitar is better than not having that string to use.

However, if you find yourself wondering if an entire string set can be reused, there may be bigger problems at hand.

If you have no other option, used guitar strings can be put back onto a guitar, but this will come along with a set of issues that new strings will usually not cause.

When guitar strings are installed and used, they are stretched. Fresh guitar strings retain a certain level of elasticity, and during the process of playing and tuning, the strings lose this elasticity over time.

When the strings no longer want to spring back into their original position and remain held under significant tension for a long while, they begin to lose their tone – this is why strings need to be replaced frequently, as used guitar strings do not sound as good as fresh strings.

Fresh strings will always sound better, but if you have to use an old string, the tone the string produces will be based on how you install the string and how old the string is overall.

If the string still has some life left in it, the string may sound fine, but if it is completely dead and old, then it will probably sound very poor and thin, especially when compared to fresh strings.

If you have to put an entire set of used strings on your guitar, do not expect it to sound as good as fresh strings. However, if the strings are not too old, you may still get a good tone from them if you install them well.

If you have to put a used string or a used string set on your guitar, can you expect these strings to last as long as they normally would?

No used string will last as long as fresh strings, but the truth is that if you know how to install strings correctly, the strings will still last a while.

If you do not care about playing with a slightly lackluster tone, then reusing strings will extend their lifespan.

If you are in a circumstance where reusing strings is your only option, these tips may make the experience better for you:

It is possible to reuse guitar strings, but depending on how old the strings are, they will not sound good, and they are likely to break much sooner than fresh strings.

Reusing strings that have not been in use for very long may still work well if they are installed properly.

If you are in a challenging circumstance that requires reusing strings, then it is possible, but it is always best to replace reused strings with fresh ones as soon as possible.

Fresh strings always sound better and last much longer than strings that have already been used.